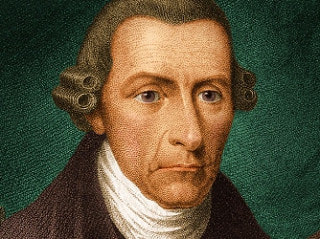 
Patrick Henry is known as the "Orator Of Liberty."

He served five terms as governor, quite an accomplishment itself; an interesting accomplishment when one realizes that he constantly challenged people who might then have bad feelings about him  When asked about that and to explain his five term success, he said: "Perhaps they wanted me in the Governorship to shut me up!"

Patrick Henry loved this 2920 acre plantation on the Staunton River which he fondly called "the garden spot of the world." It was named "Red Hill after tje cvolor of the soil in the area and because the house at the site is situated on a hill overlooking the Stanton River Valley.

​He fathered eighteen children by two wives at this home. He died here on 6 June 1799 and is buried here where his gravestone bears the simple inscription: "His fame his best epitaph."