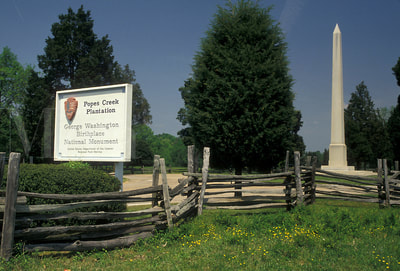 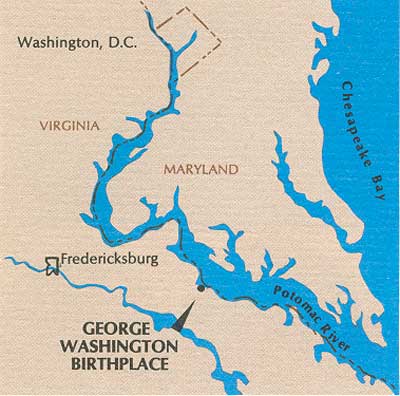 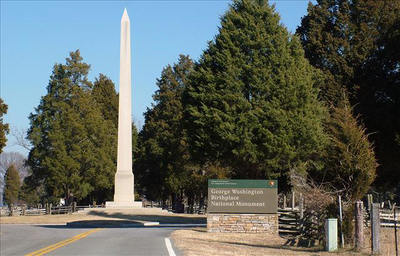 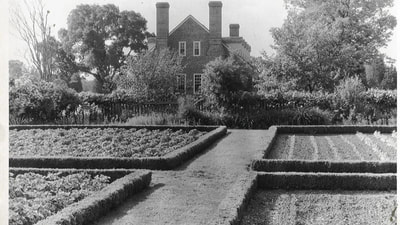 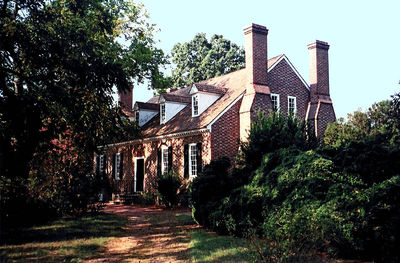 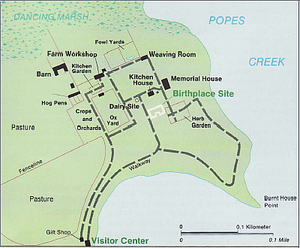 George Washington was born was born at his father's plantation on Pope's Creek in Westmoreland County, Virginia, on February 22, 1732. His father, Augustine Washington, was a leading planter in the area.  Augustine's first wife, Janet Butler, died in 1729, leaving him with two sons, Lawrence and Augustine, Jr., and a daughter, Jane. The elder Augustine then married George's mother, Mary Ball, in 1731.

George was the eldest of Augustine Washington's and Mary Ball's six children. In 1735 Augustine moved the family up the Potomac River to another Washington home, Little Hunting Creek Plantation (later renamed Mount Vernon).

In 1738 they moved again to Ferry Farm, a plantation on the Rappahannock River near Fredericksburg, Virginia. George spent much of his youth there yet little is known of Washington's childhood, and it remains the most poorly understood part of his life.

When George was eleven years old, Augustine died, leaving most of his property to George's older half brothers. The income from what remained was just sufficient to maintain Mary Washington and her children. As the oldest child remaining at home, George undoubtedly helped his mother manage the Rappahannock River plantation where they lived. There he learned the importance of hard work.

Little is known about George's formal education. Commonly, the children of Virginia gentry were taught at home by private tutors or in local private schools. Boys generally began their formal education around the age of seven with lessons in reading, writing, and basic arithmetic. Later they were taught Latin and Greek, as well as such practical subjects as geometry, bookkeeping, and surveying. Wealthy planters often sent their sons to England to finish their schooling, as was done with George's two elder half brothers, Lawrence and Augustine.

The death of his father, however, made schooling abroad an impossibility for George Washington. He may have attended a school near his home for the first few years. Later he went to another school, either in Fredericksburg, Stafford County, or Westmoreland County. He excelled in mathematics and learned the rudiments of surveying. But he was not taught Latin or Greek like many gentlemen's sons, and he never learned a foreign language. Nor did he attend college. His formal education ended around the age of 15.