Denali  is the highest mountatin peak in North American at a summit evaluation of 20,310 feet. It was known as Mount McKinley until the name was changed to Denali, its native name, in 1975. The mountain has recorded tempetures at it's peak of -75 degrees below zero.  Denali is a mountain and the centerpiece of Denali National Park and Preserve that is to look at from a distance--the average visitor does not go to it. Climbing Denali is limited b and managed by the national park service.

A word of warning. If you are in Alaska and the day premits you to see Denali and take pictures. do so. That opportuity may not be there tomorrow. Only 40% of Denali's potential viewers actually get to see the mountain.

​Roughly 400,000 travelers come into to Denali National Park and Preserve each year, primarily between late May and early September. While the main summer season at Denali is generally May 20 through the second or third week of September, there can be plenty to see and do outside of that season.

Most come in search of wildlife or glimpses of 20,310' tall Denali, the roof of North America. All are encouraged to take one of the many bus rides along the Denali Park Road, the sole vehicle access into the heart of the park, and enjoy ranger narrated programs.
https://www.nps.gov/dena/planyourvisit/index.htm

CRUISING TO ALASKI FROM VANCOUVER

Many people visit Alaska via a combination cruise, train ride across Alaska, Bus ride into the tunda and wilderness, and then fly back to Vancouver, BC or Seattle, Washington, where your trip began.

We took Princess Cruise Line, which we definitely would do again, and booked a cabin with a balcony--a must for an Alaskian cruise as much of the 3-5 days cruising up is spent with a view of islands that have never experienced humans. Our captain stopped our Diamond Princess ship opposite one for 45 minutes one morning so we could watch a bear family eat a whale's carcus that had washed up on shore on the island. In the background, waiting its turn, was a large gray wolfe. The captain said that this was the first time this experience had become available on his tour and he wasn't going to miss it.

We took the cruise and toured Alaska on a 10 day trip over Labor Day 2010. We encourage going at that time for several reasons. One is that it is the time for the samon of spawn which they do by the males going up a steep stream several miles to impregnate the female; afterwards, he dies. It is a historic venture unbelievable and well worth seeing.

The second reason is that at the time there is only two to three weeks of snowless Alaska left and the wild animals are coming down into the meadows to live out the winter. You can tour the meadows to see what you can see. On our specific three hour bus tour out into the most rural areas, we actually saw 15 Moose in the three hours. The guide said that was unheard of.

The third reason is that the fall foilage is arriving and makes everything even more beautiful that it normally is--which moves everything to spectular.

Fourly, everything tourist-wise is still open and functioning. That itself is worth the trip.
Pictures Aboard the Diamond Princess as We Cruised
From Vancouver Harbor to a Princess Port in Southern Alaska. 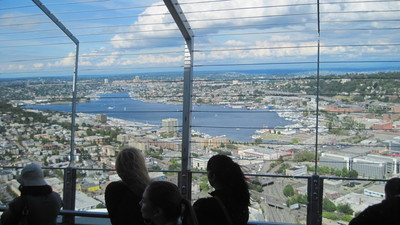 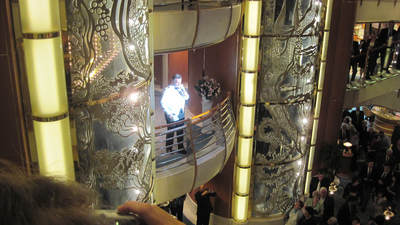 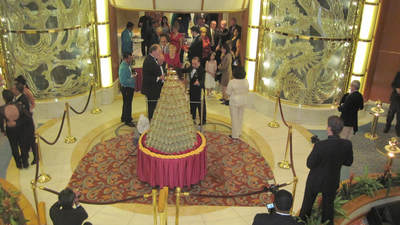 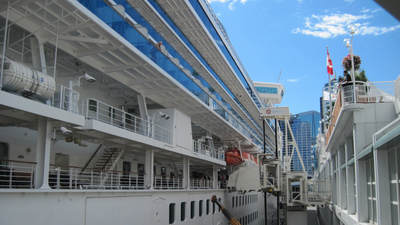 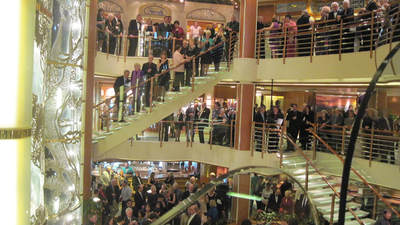 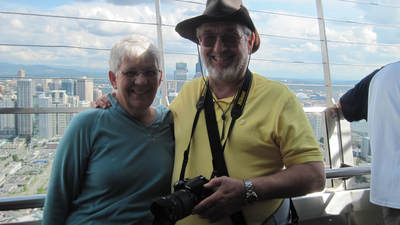 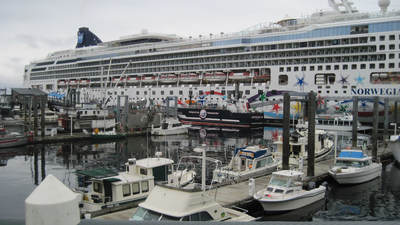 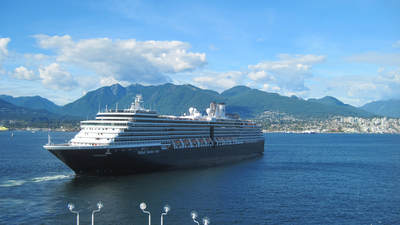