We have traveled by car, train and airplane through the far west several times . Two  trips took us from far Central California near San Luis Obispo, up the coast to Santa Monica, Morno Bay (Cuyacous where we stayed at The Shoreline Inn (http://www.cayucosshorelineinn.com/) while visiting Cambria, one of the most gorgeous  spots on the coast), and San Simon, home of the famous Hearst Castle and State Park.

After five days of sightseeing, came the prettiest 77 miles of Route One, from Monterery, Big Sur to Santa Cruz. That took a day but we said that we would come back and spend a week on that 77 mile stretch of beauty.

We then drove across California, through the vast farming belt, by Bakersfield to the Three Rivers, California area where we toured Sequoia NP for two days, and spent one day driving the lenght and back of Kings Canyon NP, one of the hidden national parks.

We took a day to head north to Yosemite NP, spent three days there, renting a home from a private owner. We finally drove from Yosemite to Sacremento, California, where our Colorado friends, the TeSelle's,  joined us.

At Sacremento we  took the Amtrak from Sacramento through California, Utah and the Colorado mountains, to Grand Lake, Colorado, the stop before Denver. The trip ended by spending several days in Rocky Mountain National Park including a late Spring overnight at Snow Mountain Ranch. We finally, regretably, flew home to Richmond and back to Williamsburg.
​

Much of California Route One is designated as a State Scenic Highway System.  The Big Sur section from San Luis Obispo to Carmel is an official National Scenic Byway. The entire route (655 mile long route) is designated as a Blue Star Memorial Highway. The segment from I-5  in Dana Point and US 101 near Oxnard is known as the Pacific Coast Highway; between U.S. 101 at the Las Cruces junction (8 miles south of Buellton) and U.S. 101 in Pismo Beach and between U.S. 101 in San Luis Obispo and Interstate 280 in San Francisco, it is known as Cabrillo Highway.  In addition to connecting the coastal cities and communities along its path, Highway 1 provides access to beaches, parks, and other attractions along the coast, making it a popular route for tourists. The route runs right besides the coastline, or close to it, for the most part, turning inland for several miles inland to avoid several federally controlled or protected areas such as Vandenberg Air Force Base, Diablo Canyon Power Plant and Point Reves National Seashore.

Over a many year time period, we have driven it all and greatly prefer the southern protion going south from Big Sur. Included in this area is a visit to the Hurst Castle, our favorite big house visitation--rivaling the Biltmore Place, Winterplace in Delaware and others.
Pictures are offered according to segments of Rt. One.

​Small towns on the California Loaded with Beauty

Hearst Castle is a national historic landmark mansion located on the Central Coast of California. This mansion was a residence for newspaper magnate William Randolph Hearst.  Hearst died in 1951, and it became a California State Park in 1954. The site was opened to visitors in 1958. Since that time it has been operated as the Hearst San Simeon State Historical Monument where the estate is open for public tours. Despite its location far from any urban center, the site attracts "millions of travelers each year".
​
Hearst formally named the estate "La Cuesta Encantada" ("The Enchanted Hill"), but usually called it "the ranch". Hearst Castle and grounds are also sometimes referred to as "San Simcom" without distinguishing between the Hearst property and the adjacent unicorporated of the same name.
https://en.wikipedia.org/wiki/Hearst_Castle 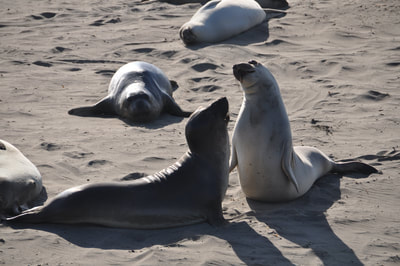 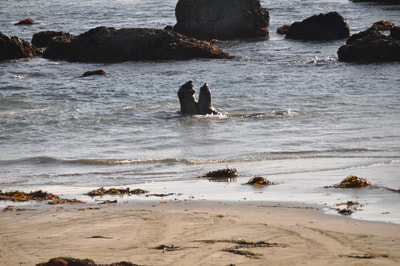 SAN LUIS BISCO
​Located a few miles off of the California Coast this small-to-middle sized town has it all. Rated by many as one of the best places to live, it has California Technical University, with it academic excellence and good football team, great places to eat and shop, a cohesive community that provides much to its residents, great winneries nearby, and super California weather.